According to Forbes (1), data centers will see significant growth over the next few years.  This is all due to big demand for mobile computing, IoT (Internet of Things) and cloud computing.

With an estimated 600 operators of data centers in North America alone already, most of these data centers are located in Northern Virginia, Texas, Chicago and Silicon Valley.  Amazon Web Services is among the top companies currently leasing space.

So what exactly is a data center and why is it poised for big growth over the next few years?

Let's explore that including profiling one company currently expanding and opportunities for upgrades.

What is a Data Center?

A data center is best defined as a large group of networked computer servers typically used by organizations for the remote storage, processing or distribution of large amounts of data (2).

A business would rely on these data centers containing applications, services and data, making it a vital asset for day-to-day operations.  Data centers can include (but not limited to): servers, storage subsystems, networking switches, routers, firewalls and cabling/physical racks to properly organize and interconnect all important IT equipment. 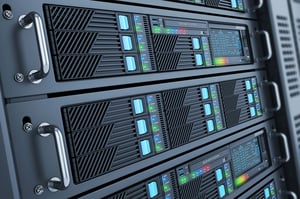 In order to compete with Amazon, integrated cloud application and platform services provider Oracle is investing in 12 new data centers throughout North America, Asia and Europe according to an article by Business Insider (3).

This will include two brand new data centers being opened in Canada and the United States, furthering supporting the statistic that centers like these will be on the rise in the coming years as cloud service competition increases.

While Oracle ranks behind other tech companies like Amazon Web Services, Microsoft, Google and IBM based on market share, it's clear they see where the marketplace is going and why now is the time to invest for the future.

As the need for data centers and overall upgrades increase in the coming years, having qualified decommissioning and restoration experts will become vital to any planned infrastructure project.

BDC Group can initiate, plan, execute, monitor and control all aspects of the decommission process.

Ready to talk? Setup a time to talk with our Project Managers for a free consultation to assist with your Data Center growth or potential decommission opportunities!

Let our team do the heavy lifting whether it involves the removal of specific equipment or an entire data center decommission.

Setup a time to talk with our team today!

(2) TechTarget: What is a data center?

(3) Business Insider: Oralce is making a massive investment in 12 new data centers to gain ground on Amazon in the cloud wars